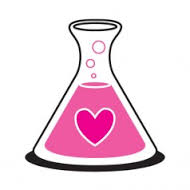 I think I might be going out of business! If the science I am about to present to you is correct, there will no longer be a need for dating advice or tips on how to find “the one”. Instead, I’ll have to quickly get married, punch out a handful of kids, and turn this into a mommy-wife-life-balance blog (which I’d be very open to doing when the time comes…so don’t steal my idea!). Hehe.

All jokes aside, I stumbled across a very interesting study the other day that made a very bold and literally (yes, literally) proven assumption. 20 years ago (which isn’t that long if you think about it)!) scientists decided to perform a top secret (not really) experiment that could rapidly accelerate feelings of intimacy and romantic connection over a very short period of time. Essentially, two perfect strangers, following the exact parameters of the experiment, could fall in love in less than 1 day.

By this point your ears have likely perked up, right? Either you are wondering what the heck this experiment is so you can try it with that hottie you’ve been daydreaming about in your office building. Or you’re super skeptical, but still totally interested because…you know…science. Either way, the process is actually really simple and, in the two cases that I have read about, has led to a marriage and a long term relationship.

So what is this mystery experiment?

Funny you should ask wifeys, I was just getting to that! (simmer down!)

In the first case, scientists selected two presumably (I can only hope the people doing this aren’t super human in any real capacity, but…who knows?) average people who did not know each other previously to come to a facility and meet for the first time. Over the course of several hours, the pair was required to ask each other 36 questions outlined questions, each getting progressively more personal, and to answer each other with as much detail and honesty as possible. At the end of the exchange, the pair was asked to stare into each other’s eyes for a period of 4 minutes.

Apparently, once the 4 minutes was done and the dust settled, the pair developed strong feelings for each other, marrying only 6 months later (YOWZA!).

In a more modern take, author Mandy Len Cantron describes this case in addition to her own personal experiment with the theory. While her intended was not a total stranger, the pair had been previous casual acquaintances, they were both presumably (more assumptions) average people who were willing to give the experiment a shot. The pair did not meet in a lab, but chose a friendly bar, and decided to exchange answers to the questions over the course of a date. Once the Q&A portion was finished, they stepped outside (feeling too awkward to silently stare at each other for 4 minutes at the bar) and completed the final phase, resulting in their eventual long term relationship. Mandy writes:

When the timer buzzed, I was surprised — and a little relieved. But I also felt a sense of loss. Already I was beginning to see our evening through the surreal and unreliable lens of retrospect.

Most of us think about love as something that happens to us. We fall. We get crushed.

I think what I find most fascinating about this is the acknowledgement of love being a choice. I know we’ve been down this road before wifeys, but do not misunderstand, the positive results garnered from these experiments aren’t magic. In both instances, whether strangers or causal aquaintences, both parties have deliberately opened their hearts and minds to the concept of being in love, with a willingness to throw the other BS out of the window (at least temporarily).

Of course, it wouldn’t be my blog if I didn’t take the time to point out a few guiding factors that I believe could make this experiment even 1/2 way successful. I offer you these thoughts:

So what’s the point?

I suppose you could say there isn’t one. I’m not telling you anything new and I do not have anything particularly innovative or profound to add to this already splendid delve into romantic experimentation, but for arguments sake, let’s say the point is this:

TRY IT! I don’t care if you are in a relationship, dating, casually dating, casually sexing, Tindering, or single and confused. If you feel like you are open, ready and willing and you have a person in mind that you know you can “take the plunge” with, why not? What do you have to lose? Gaining intimacy in any capacity is an awesome and helpful catalyst for a strong relationship. I believe that with all of my heart!

When I made the choice to do this as my post this week, I realized something. Laughing at myself a little, I realized that my now 2+ year relationship was founded on very similar, experimental terms. My love and I spent much of the early parts of our relationship communicating in ways that quickly developed our intimacy. We’d stay up late just talking, asking questions, and figuring each other out. It made us close, quickly, and helped us strive to continue to be as open and communicative as we can be (though trust me, we are not perfect).

If I had my way, I would be cupid! I would take people who I thought were absolutely meant for each other and force them to feel love and connection that would last a lifetime!

If you know me at all…I haven’t given up on this dream, and until someone finds a way to give me wings and magic arrows, this blog is all I’ve got!

And so, I close with this: if your curiosity is peaked, regardless of your relationship status, take a look at the questions and gain some intimacy. Heck, maybe I’ll even make my boyfriend try it with me tonight…just for fun!

As always, if anyone out there find good results, please do let me know! (I promise I won’t insist on being invited to your wedding).

I believe! Do you?