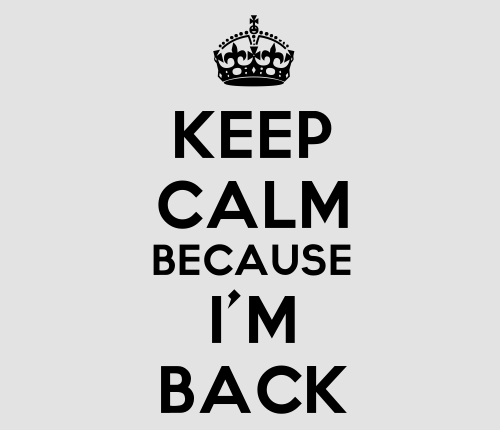 Greetings from the other side! It has been almost 6 months since my last blog post and I know I am LONG overdue for some updates after being M.I.A for an eternity. Here’s some lame (but honest) excuses as to why I’ve been gone:

1st: For those of you who read this blog weekly before I fell off, don’t be mad! Ya’ll know I got married in November and the last 2 months leading up to the wedding were pure chaos! I promise you with NO exaggeration that I did not even feel like eating anything from about mid September until the moment the ceremony ended. The stress and anxiety were so high! It felt like there was a switch in my stomach that was off for 2 months and then someone came in and flipped it back on as soon as the most nerve wracking part of the wedding was over! No lie, after the “I do”, I went ham on some appetizers! It was insane (and so much fun). I promise I will share pictures and video as soon as I have them.

2nd: After the wedding, I sort of hit the ground running with my personal life. Things ramped up at work, I’m still in school full time, my friends and family have had some major life transitions, AND the holidays started two weeks after the wedding. Not to mention that the new husband and I went on a mini getaway (not our honeymoon but a little trip to tide us over until the real deal in July 2017) so once we returned from that, the New Year was already in full swing.

3rd: If the first 2 lame excuses still don’t seem good enough…we also moved! We got lucky and found a great, dog friendly apartment that we love! We officially moved in in early February and are just now getting to be completely settled and unpacked (though still not as decorated as we’d like…more on that later) ;-).

Now that the dust has settled and I am feeling a little more like myself again, I think it is safe to say that I am raring to get back into this blogging world and introduce some fun, new content for all to enjoy! Starting this week, you can expect to see at least 3 new posts a month (sometimes 4 if I am feeling extra productive!) and, if all goes according to plan, I would really like to experiment with delivering information via video! So, assuming I don’t crash and burn trying to shoot and edit my own little videos, be on the lookout for one in the coming weeks!

I missed this blog and I am so excited to start this new era of writing and advice giving from the married perspective! My knowledge and experience only gets better with time & age, so please bare with me as we navigate 2017 together! Please feel very free to let me know if there is anything in particular you’d like to see me talk/write about this year! Love you all.

One thought on “Sometimes the Best Way to Come Back…”