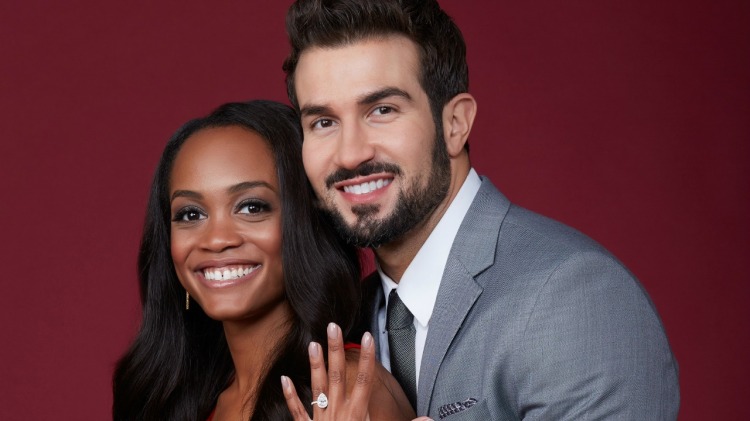 We’ve made it to the last installment in this series! I know it took me a while to push this last one out, but to be honest, sometimes it’s difficult to find a non-chaotic time to write, let alone to write something I think is good enough to post. There are moments (they come and go) where I’ll sit down to work on new topics and my brain just freezes up. I can’t think of anything witty to say, I can’t think of a new concept to comment on, and I feel wholly unremarkable and/or unoriginal. Is that just me? Does anyone else sometimes feel like even their hobbies & passions are just too demanding? I know it’s silly and it isn’t a very good excuse, but at least I always find my way back, right? I mean, it’s only been a couple weeks after-all! (okay, okay, it’s been a month)

All jokes and bad excuses aside, while we’re on the topic of feeling overwhelmed/overburdened by our life choices, let’s dive into our 3rd and final Bachelorette contestant; the winner, the big cheese, the man with the plan…

I am speaking of course, about Bryan, The (Not So) Sure Thing. It’s no secret that a LOT of people felt a way about Bryan taking home the win and at this stage, I think it would be a waste of time to sit and rehash all of the reasons why we were mad about it. I mean, even on a very surface level, there were so many red flags/issues with Bryan in comparison to his competitors that it would take me 3000+ words to unpack it all. But, to summarize; for a handsome, successful man approaching his 40s, there was something icky behind all of his charm. The man just couldn’t be trusted!

I thoroughly believe that Bryan is the ultimate F*** boy (if you’re not sure what that is, go to the archives and check out my post on the subject). If being an F-boy isn’t crappy enough, what makes matters worse is that he’s an F-boy who has no idea that he’s an F-boy and he was able to convince a (presumably) nice girl that he was the man she’d been waiting for. In a lot of ways, I give Bryan a lot of “benefit of the doubt”. I don’t think Bryan is intentionally manipulative and I don’t think his ultimate plan/goal is to hurt Rachel or cause her harm. I think we have a case here where the guy really believes he’s “the guy”. You know? Those men who believe they are a true catch and know what women want. The one who is “waiting for his queen” to find him. The one who has a whole list of “crazy” exes, but seriously downplays his role in their breakup. Bryan is the man that no woman is “good enough” for (just ask his mother), and his good looks and Latin flare gave him the edge he needed to stay alive in the competition without having to be truly vulnerable or put himself all the way out there.

The real question I want to tackle isn’t how Bryan lasted so long. It’s obvious why he lasted.

What I really want to spend some time carefully considering is why Rachel chose him. Sure, he’s handsome and successful, but how does a woman who has so much on the ball trip and fall into the arms of a snake oil salesman? For many fans, Bryan’s flaws were glaringly obvious, but Rachel never saw an issue.

Look, facts are facts: Rachel’s family/friends didn’t like him, he has serious mommy issues (which I’m actually going to delve into in another post), he (literally) had a generic/cliche romantic response to every question he was asked (until it got too real with Rachel’s fam), and he’s almost alarmingly insincere. This is the kind of man your daddy tells you to run away from & when our parents tell us something is too good to be true, 8 times out of 10, it is!

So why not Rachel? What did this woman want that she felt Bryan could give her?

In my opinion, I believe she wanted a ring.

Don’t get me wrong, I’m not necessarily faulting her for this. As I mentioned in my post about Peter, we all come across moments in our lives where big decisions have to be made and we try our best to choose the path that feels good; the one that seems to tip the scales in our favor. I am of the belief that Rachel knows, deep down, that Bryan is an F-boy, but he offered her what she needed, and in those moments, the little things are much easier to overlook.

Back in my younger days, I was just like Rachel. In fact, I know a handful of people who are in the very same position now. If you really break it down, it’s pretty easy to see how we get there (imagine with me for a moment):

You reach your late 20s/early 30s and after a series of failed relationships, you’re just really ready for something to work; something turns to anything and you begin to feel hopeless at the idea of finding happiness. You meet someone and even if it doesn’t feel 100% right, you are going to do everything in your power to make it right because you’re so scared of what it means if you fail…again.

So, you overlook the little things. You ignore the small actions and offhand comments and you tell yourself that the feeling you have in the pit of your stomach about him/her is just paranoia; it’s your problem, not theirs. You tell yourself every day that you’re in love and that this is what real love feels like because you’re terrified of the implications of the alternative. You’re terrified that if you can’t make it work with this one, you won’t make it work with anyone.

This sounds crazy, right? If this hasn’t ever happened to you, I understand why it would. But I’ve lived it and I’ve seen it unfold right before my eyes. I’ve seen good women and men abandon their values and sense of self because they were so desperate to make it work with their partner. I’ve seen it change and harden people I once knew and, unfortunately, it might end up changing Rachel too (just watch her season finale interview with Bryan and tell me she isn’t kidding herself).

In a previous post, I talk about rebound-guys and the signs that you might be getting involved in a rebound relationship. In a weird way, this feels sort of like a rebound engagement to me; things with Peter didn’t go the way she wanted and because she truly wasn’t in love with Eric, she flocked to the safest option, the sure thing.

At the end of it all, maybe Rachel and Bryan will prove us all wrong? There is a HUGE difference between what happens on camera and what happens in real life. Frankly, people change in and out of the spotlight and maybe Bryan changes for the better when he’s just home being himself? There is a chance that, as time goes on, the couple will learn to love each other and connect with each other on levels they didn’t even realize were possible.

What do you think, wifeys & gents? Was Bryan the right choice for Rachel?